The store will not work correctly in the case when cookies are disabled.

Goose vs. Duck Down 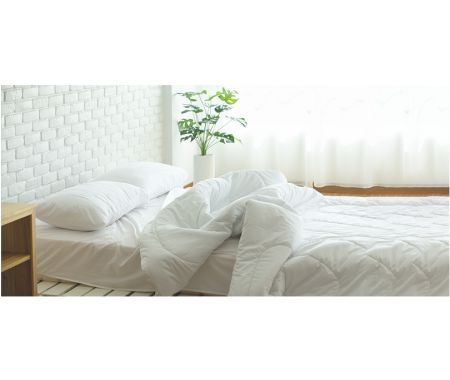 Yes, there is a difference, if only slight.

When you think of Down filling for pillows and comforters, you probably have a general idea about those soft fluffy feathers that remind you of baby ducklings and goslings. Down is a fine layer of wispy fibres that lie between the protective outer feathers and the skin of waterfowl. There is a great deal to know behind the scenes about the differences between Goose and Duck Down and the benefits of each. So let’s dive in!

While the differences are rather subtle regarding the fact that Duck Down is inexpensive mainly due to the fact that ducks are more plentiful and therefore easier for manufacturers to source, Goose feathers are most likely your first thought when you think about Down. This is because generally they provide a better fill and have become the more prominent option. Goose Down clusters are much larger than those from ducks because the bird is more prominent, stronger and has a longer life span. Therefore, the larger the Down clusters, the better the fill power. Geese tend to eat roots, shoots, stems, seeds, leaves of grass, grain, bulbs, and berries. Because the geese are much larger, their bellies are further from the ground than the ducks keeping the feathers pristine.

As for Duck Down, these feathers are typically from waterfowl. The fill power of Duck Down is generally higher but not as high as Goose. One drawback that’s often considered is that Duck Down might have an odour if you have a high scent sensitivity. This is because these birds eat minnows, juvenile game fish, and some amphibians. In addition, the shorter stature of Ducks results in their chest rubbing against the ground. As a result, they collect more dirt, bacteria, and other contaminations than geese. If you notice this odour in your Duck Down Comforter/Duvet, it’s important that you resist the urge to throw it in the washer. In general, adding a duvet cover will eliminate the penetration of any unpleasant smell. The term Duck Down isn’t often used in the industry so if you see something like ‘Down Duvet’ or ‘Hungarian Down Duvet’ with no mention of the term "Goose", this means that it has a Duck Down filling.

Down quality is measured in a unit called ‘loft’ where a higher value indicates a higher quality, warmer Down filling. Goose Down is always more premium and luxurious than Duck resulting in a higher price tag. As for fill power, Goose Down offers a higher maximum fill power than Duck Down, topping out at around 1000. Duck Down, on the other hand, maxes out at around 750-800. Fill power is calculated by measuring the number of cubic inches that one ounce of Down can fill when fluffed up and measuring the down’s ability to trap heat. For reference, fill power starting at 750 and above is considered to be high-end.

With all of this in mind, there are benefits to both Goose and Duck Down even if it just comes down to the price tag.

At Maholi, you’ll browse a large range of luxurious, high-quality Down fillings until you find the perfect option for you.